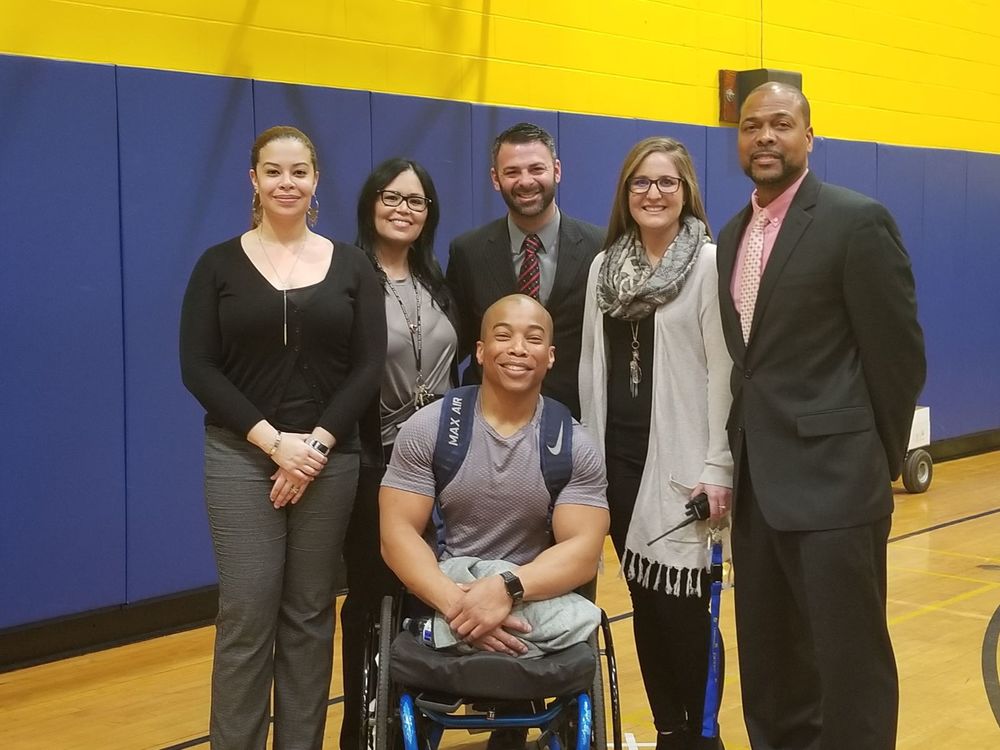 Rohan Murphy is a nationally recognized motivational speaker who has traveled all over the United States giving his message of perseverance and no excuses to youth everywhere. On Feburary 7, 2019, Rohan graced our Middle School with his unbelievable message of being inclusive and having hope.

Rohan Murphy was told many times that he would not able to achieve his goals until his teacher and coach challenged him to rise from his gripping tale of adversity. Rohan defied all odds and teaches children the importance of living  life with a purpose. As Rohan spoke of his life experiences overcoming adversity and preserving through challenging times, our students were moved and riveted by his amazing story.