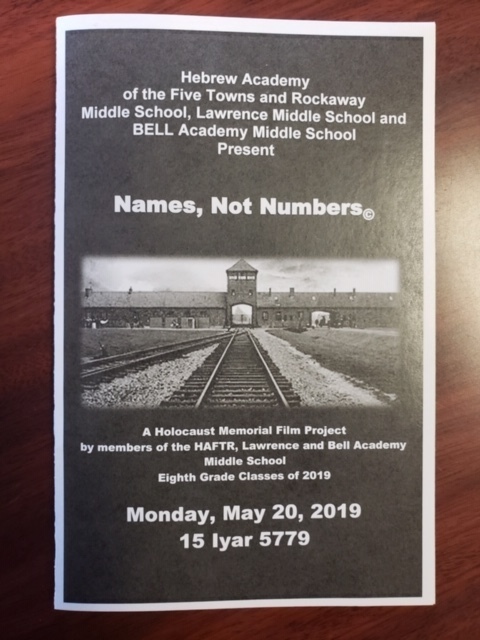 On Monday, May 20, 2019, 8th grade students from Lawrence Middle School joined students from HAFTR Middle School, Bell Academy, staff, family and friends to view their Names, Not Numbers Documentary. The students applied early on in the school year to have the chance to participate in this one in a kind curriculum which bequeaths the memories, stories and lessons of the Holocaust to students and inspires future generations to combat anti-Semitism and all forms of hatred and intolerance. Throughout this multidisciplinary process, students used their prior knowledge in research skills to educate themselves about this period of time. Students were able to attend the Museum of Jewish Heritage in New York City where they were split up into groups to learn more about the Jewish culture and the impact of the Holocaust. In addition, students were presented with the opportunity to learn firsthand about the Holocaust through interacting and interviewing Holocaust Survivors.